Dave and Karen were married at Highland Park Presbyterian Church in front of family and close friends. Their whirlwind love story is so special and one that we had the pleasure of hearing about first hand.

While on a round-the-world cruise in 2019, Dave and Karen met by chance while stopped at a port in Australia. While each had spent the day alone in the town of Adelaide, Australia, Dave happened by chance to sit next to Karen while returning to the ship where they were both passengers. After sharing about their days, both felt the instant connection and spent the remainder of the cruise in each other’s company.

Upon arriving home, Dave sold his home in San Antonio and moved to Dallas to begin dating Karen. After proposing in Hawaii on New Year’s Eve, the couple began to plan their dream wedding.

After the ceremony, guests dined and danced at The Petroleum Club in downtown Dallas. The Petroleum Club was decorated in beautiful flowers by Garden Gate in various shades of coral, green, and white. Guests were seated at one long table which was perfectly decorated with tall arrangements and accented with candlelight.

After dinner, guests dined on the bride and groom’s cakes, both by Panini Bakery. The bride’s five-tiered cake was decorated with a cascade of flowers in the same hues as seen in the reception. The groom’s cake paid homage to the couple’s love of traveling. The travel-themed cake featured a suitcase with various stamps of cities around the world, complete with two passports for the bride and groom.

As the couple departed their reception, guests celebrated with a rose petal toss, sending Karen and Dave off to begin this exciting new chapter. 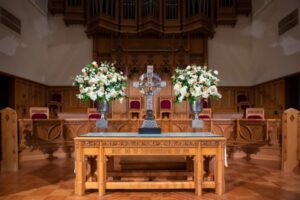 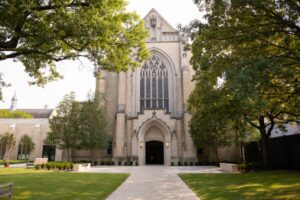 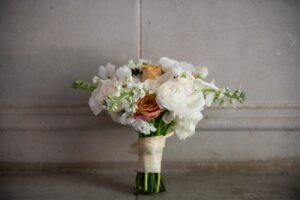 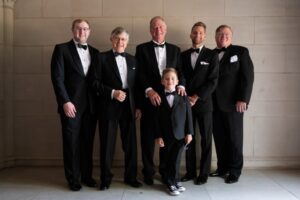 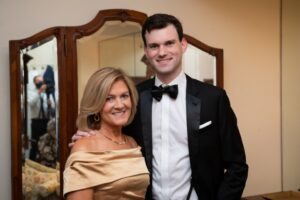 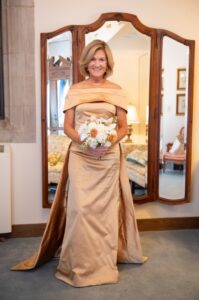 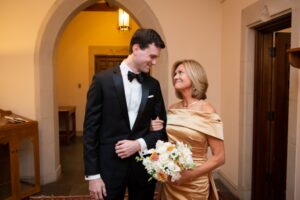 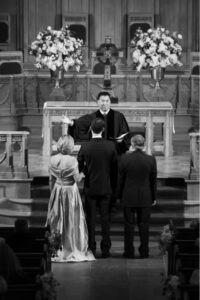 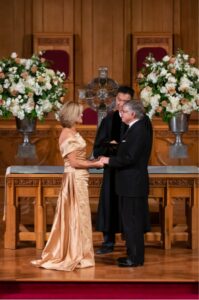 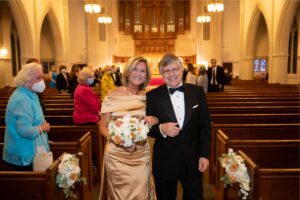 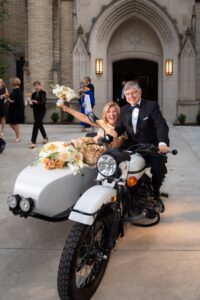 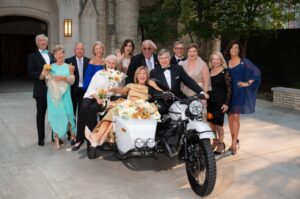 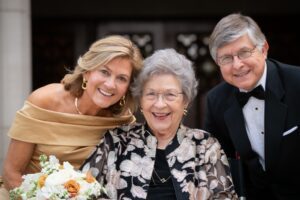 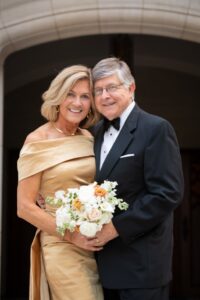 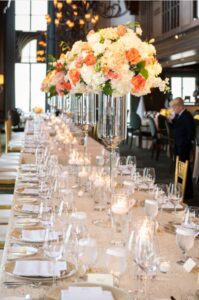 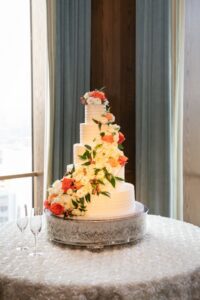 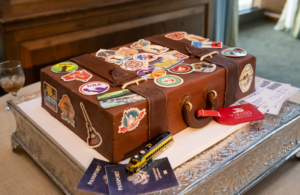 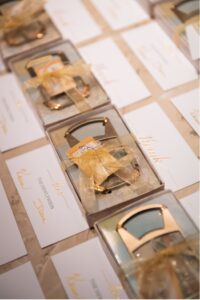 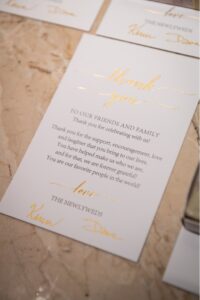 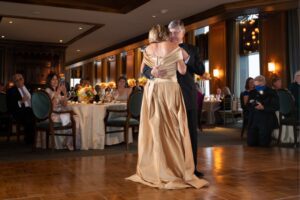 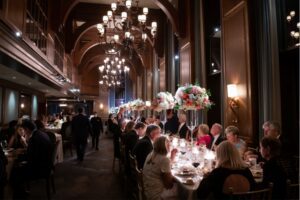 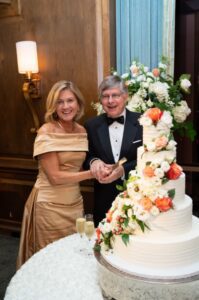 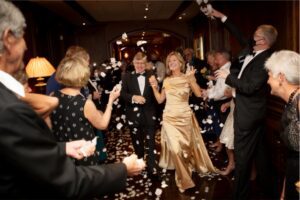 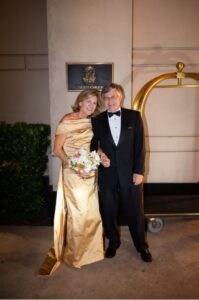